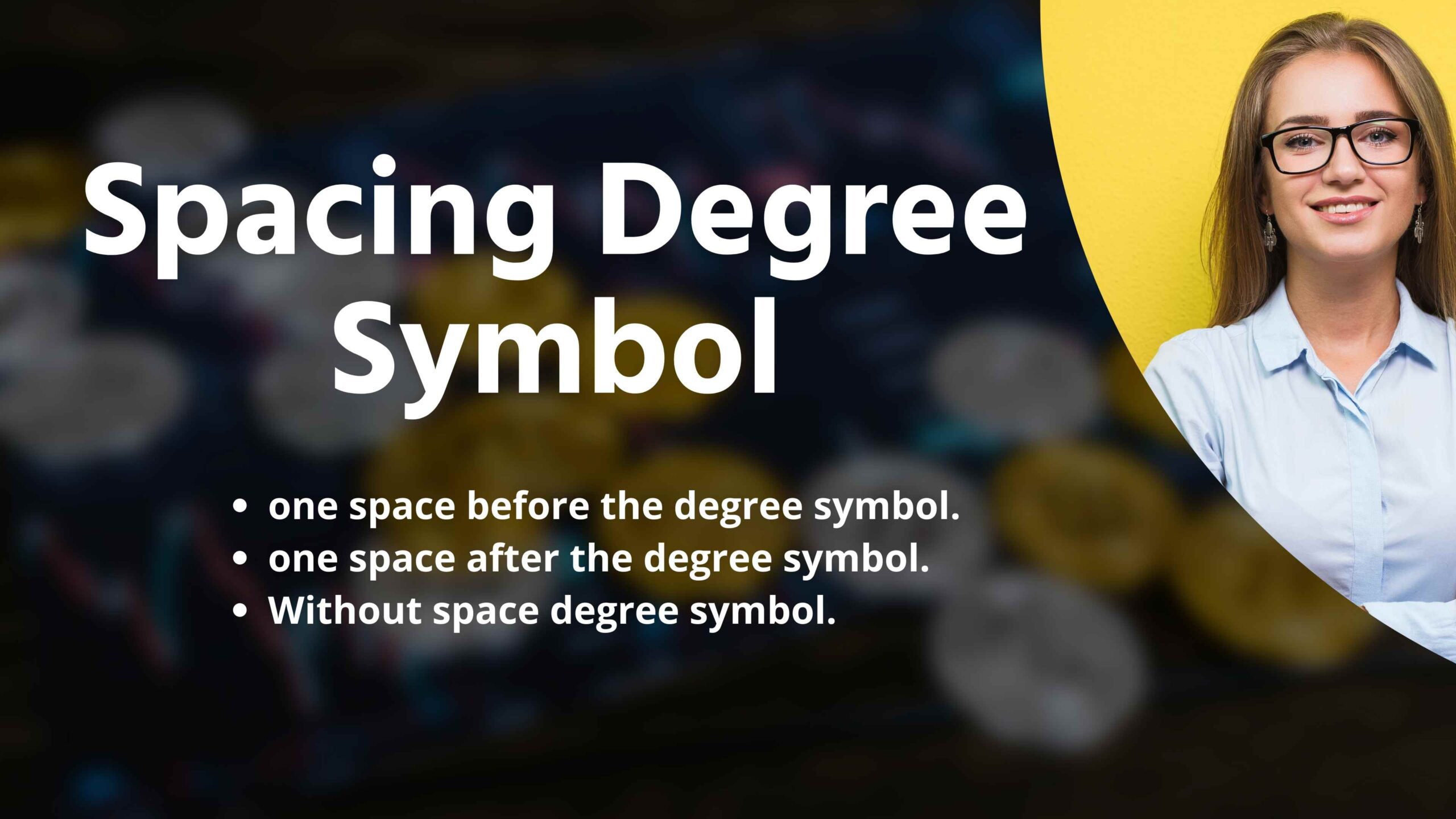 Let’s find out the correct method for using this degree sign. Many of us make mistakes. But what’s the harm in knowing the right rules?

You should know the correct rule yourself and share this page with everyone to let others know.

Spacing with the degree symbol

Many people say that they think about giving space when using the degree sign. Many people refuse to give space. So there’s so much confusion about it.

If you write the degree symbol on any simple piece of work, then it doesn’t matter which style you choose to follow.

According to Cochrane Comunity:

Note: degree symbols are not used for temperatures measured on the Kelvin scale, e.g. 373.15 K.